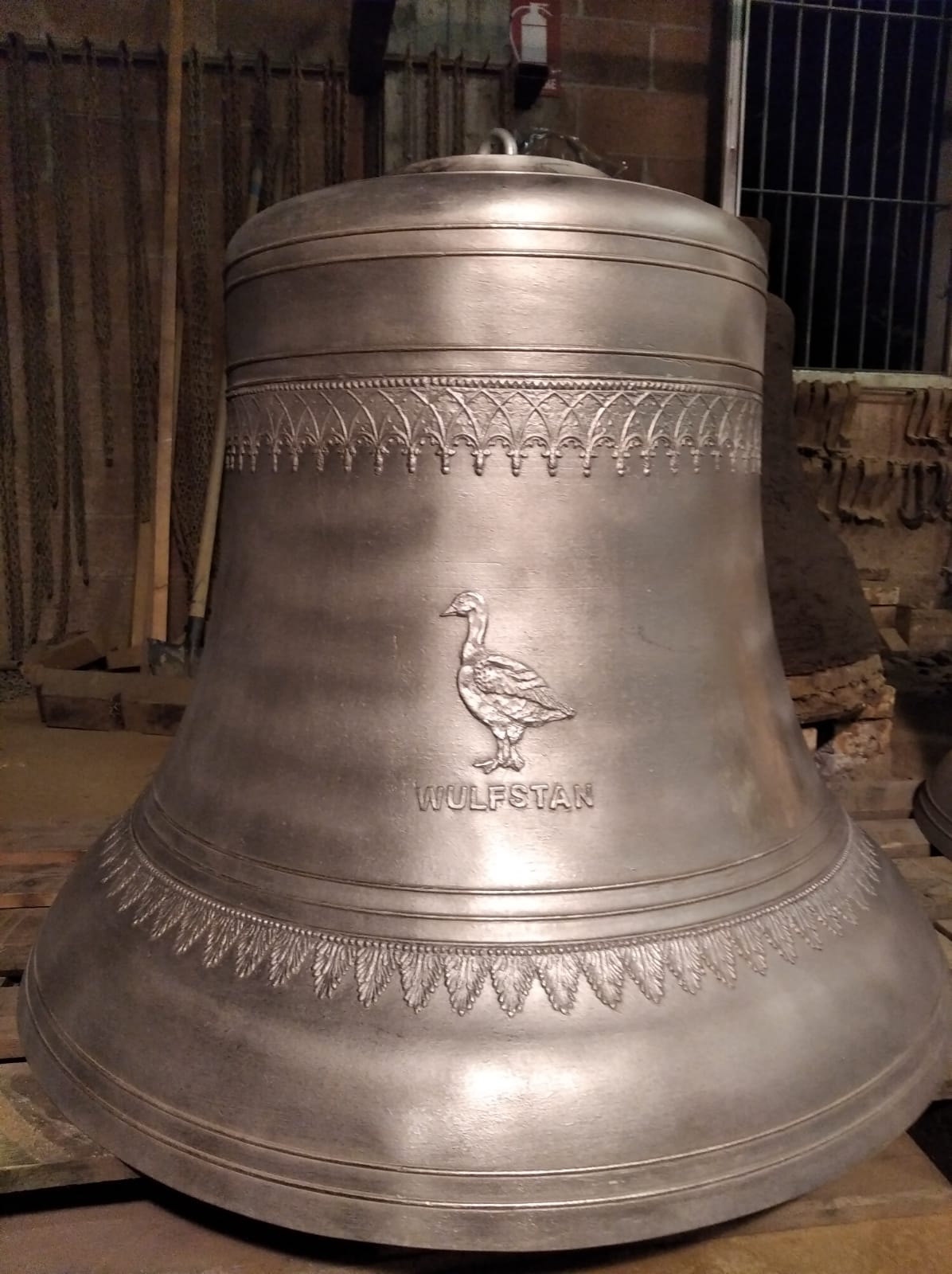 The 2020 AGM of the Friends of St Mary’s took place on Sunday 29th November by Zoom, delayed from the regular date in June by all the problems of the pandemic. Full minutes of the meeting will be circulated in due course.

Extracts from the Chairman’s address are given here. As he said, “Quite a lot has happened since our last AGM nearly 18 months ago”, and he reported on all the work that has been carried out to the tower, the vestry, and the commission of the new bells.

He reminded the Friends that 2020 was the 40th anniversary of their foundation and thanked all those who have guided the work of the Friends down the years. He remembered Friends of St Mary’s who have died during the past year, and a minute’s silence was held for them, including:

He paid tribute to the excellent work carried out by Carrek Conservation, and to the generous support of many individual donors and organisations, and especially to the Gloucester and Bristol Association of Bellringers and the Appleby family. He thanked Debbie Young for revising and expanding the Friends of St Mary’s website, Mike Bendry for his unstinting work as Treasurer and Colin Dixon for his persuasive fundraising.

The Chairman was delighted to announce that Mr John Appleby had been invited, and had accepted, an invitation to become a Vice-President of the Friends.

The Treasurer gave his financial report for the year 2019-20, which consisted of the substantial funds raised and received towards the major project of the tower conservation, while expenditure had been kept to the regular work of yew clipping and maintenance of the mower. The Friends had received donations towards the conservation of the Jenkinson banners and the installation of the new bells, which had been passed to the PCC. Mr Peter Setterfield was reappointed as Auditor of the Accounts which had been sent to the Charities Commission as usual.

The meeting reelected Sir Ian Macfadyen as Chairman, and the members of the committee en bloc:

And finally, finally: remember to continue supporting us through membership.

Membership assists us to support the church in a vital way, by helping to keep its fabric in good repair, while hopefully once again enjoying many different fund-raising events during the year, from mulled wine and mince pies in December to the delights of Jazz on the Lawn in July, and all sorts of other events along the way.

For further details of membership, see the “Join Us” page of this website.

A happy, safe and peaceful new year to all Friends of St Mary’s.

This site uses Akismet to reduce spam. Learn how your comment data is processed.

NEXT FOSM EVENT: Festival of Words
(Saturday 22nd April, 10.30am-5pm)
Organised by the Hawkesbury Upton Literature Festival in aid of FOSM
A lively day of talks, readings, debates, and bell ringing, plus an exhibition of calligraphy, with optional lunch at the Malthouse.
Find out more and book your tickets here.

BECOME A FRIEND OF ST MARY'S

You can become a FOSM member at any time of year. For just £10 for an annual single subscription or £15 for a couple, FOSM membership is an easy way to support and help with the upkeep of our historic parish church and its beautiful setting and to preserve it for generations to come. Also available is life membership at £200 for one person or £250 for a couple, a very special present for anyone who loves St Mary's Hawkesbury. Click here to find out more.

Online video services will continued to be streamed at 10am on the first and third Sundays and live-streamed from Hawkesbury on second and fourth Sundays at www/youtube.com/c/badmintonbenefice

WATCH OUR FUNDRAISING CONCERT ON YOUTUBE
In May we were delighted to stage a concert featuring the Bristol Male Voice Choir and St Mary's Choir. Watch it at any time via the Badminton Benefice YouTube channel here.

VIEW THE BLESSING OF THE BELLS

VIEW THE DEDICATION OF THE BELLS