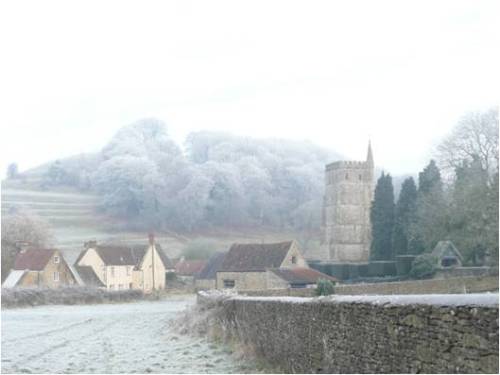 Set in this peaceful valley below the Cotswold escarpment, St. Mary’s Church has been a centre for Christian worship for many centuries, from well before the Norman Conquest. In 972 King Edgar (‘the Peaceful’) granted land here to the Benedictine Abbey of Pershore, in whose hands it remained until the Dissolution of the Monasteries in 1539.

Its most famous incumbent in the Middle Ages was St Wulfstan (1008-1095), who served here as a young priest, and who later became Bishop of Worcester and is remembered for his work in reducing the slave trade between England and Ireland, and as a notable vegetarian. A window in the Nave commemorates his life. Other significant features of the medieval church include Early English windows, later enlarged, an Easter Sepulchre, double piscina and a 15th century stone pulpit.

After the Dissolution, the manor passed into secular hands, and in 1621 was acquired by the Jenkinson family. Their memorials can be seen in the Chancel, including that of Robert Jenkinson, the 2nd Earl of Liverpool, Prime Minister at the time of Waterloo. The churchyard is full of fine Cotswold stone headstones, carved with lively images of angels, and eighty-seven chest tombs, surrounded by magnificent clipped yew trees.

Outside the churchyard, remains of the ancient manor are visible in the fragments of a manor house, the estate carpenter’s shop, a barn and what was originally the Church House, probably dating from the 1490s, where a great room on the first floor provided space for ‘Church Ales’, funeral wakes, and temporary accommodation for the poor and needy.

An excellent detailed guide to St Mary’s is available to download here as a free pdf and a printed version is available to buy from the church for just £2. (Extra donations always welcome!) 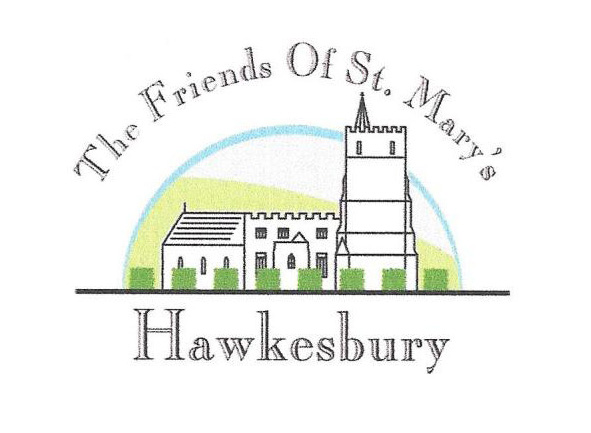 SAVE THE DATE FOR OUR AGM: 25th July

We hope to hold the Friends of St. Mary’s AGM, followed by evensong, on Sunday 25th July. Please keep an eye on website and our Facebook page for further information.

Become a Friend of St Mary’s

You can become a FOSM member at any time of year. For just £10 for an annual single subscription or £15 for a couple, FOSM membership is an easy way to support and help with the upkeep of our historic parish church and its beautiful setting and to preserve it for generations to come. Also available is life membership at £200 for one person or £250 for a couple, a very special present for anyone who loves St Mary’s Hawkesbury. Click here to find out more.

This year, with the pandemic scuppering our fundraising activities, we are especially glad of new members to help us support St Mary’s and its heritage.